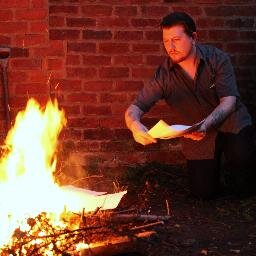 Bobby Parker does a bit of editing.

Very excited to announce, for the third year running, I am hosting and performing at the Overground Spoken Word night at Antenna Studios in Crystal Palace. This night has been a lot of fun in the past. It started as a smaller night downstairs and created a great buzz – with acts like Katrina Naomi, Tamsin Kendrick, David Crystal, Jazzman John Clarke, Sue Johns, Dan Holloway, Brother G and The Trouble, Richard Purnell, Emma Ako, Farhad Mirza,Louise Warren, Allie K Stuart, “The Children”, Kellie Gillespie-Wright, Sainsburys’ Check-Out Chappy, Gale Burns, Isabel White and many others – and fantastic support from a wide range of open mic-ers. We moved upstairs for the festival in 2013 and had the incredible El Crisis and David J Vocal Pugilist headlining, alongside a strong cast including some of the above and Alain English. In 2014, we had a hard act to follow – but managed it – with great features from Brendan Cleary and David Crystal, backed up with eccentric, angry and beautiful sounds from Wondermare, a great support slot from Zuli Stenson, and one of our open mic-ers, JJ Johnston, doing his best to steal the show.

So we’re back this year. On Thurday the 25th June. We have the Jazzman. We have Tamsin. And we have one very exciting feature slot confirmed as Bobby Parker – who I’ve been hoping to get down for ages. Dangerous writing, in every sense of the word. We also have a few local open mic-ers already confirmed. As always the local, unexpected talent is often a big part of the night. Watch this space. It has sold out for the last two years so come along early or you might be listening from the fire escape…..

So. A Tory majority which is actually trying to scrap the actual human rights act.

And today the BBC reports that Cameron is to say: “For too long, we have been a passively tolerant society, saying to our citizens ‘as long as you obey the law, we will leave you alone'”

Just let that sink in. Yes, for too long, law-abiding people have apparently been allowed to get on with their lives. But David Cameron, having decided Orwell’s 1984 to be a handbook for good governance, is about to put an end to Thoughtcrime. 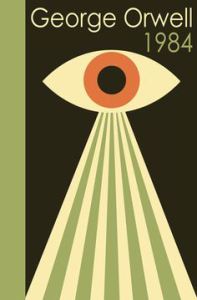 For me, the worst thing about the election result is that it happened because of a failure of language. I can feel political discourse untethering from reality, becoming more and more unreal. There were so many empty pledges and meaningless promises on all sides. There was so much blather about hard-working families and strong economies and…